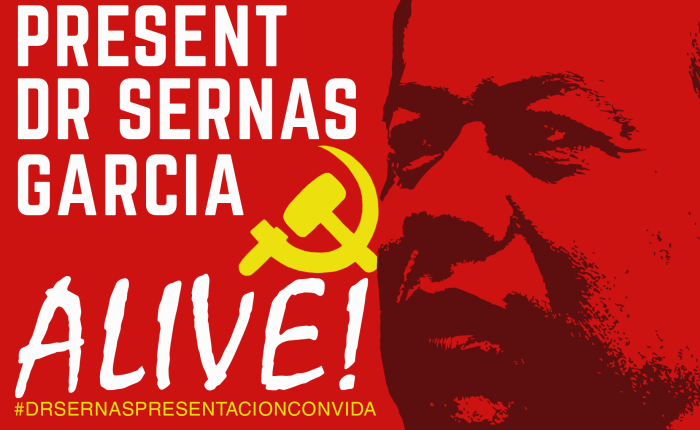 Comrade Dr. Ernesto Sernas García, a revolutionary lawyer and law professor in Oaxaca, Mexico was disappeared in San Agustín de las Juntas on May 10 of this year — he is one of the many revolutionaries and servants of the people disappeared by the reactionary Mexican state.

The U.S. Red Guards join the Communist and progressive organizations of the world in condemning his disappearance and in demanding the presentation of Dr. Sernas alive to the masses, poor peasants, and workers of Mexico.

At the time of his disappearance, Dr. Sernas—a professor of constitutional law at Universidad Autónoma Benito Juárez de Oaxaca—was in the midst of defending twenty-three Maoist militants of Corriente de Pueblo Sol Rojo, a Marxist-Leninist-Maoist organization which is active in the heartland of Oaxaca. The militants were arbitrarily detained on charges of terrorism and carrying explosives back in 2015, and although they are not currently in state custody the revolutionaries are still facing serious charges that, if prosecution is successful, carry a heavy sentence in the state’s dungeons. The reactionary state power in Mexico is wielding the corrupt judicial system in an attempt to intimidate and destroy the revolutionary movement in Oaxaca; however, Dr. Sernas was set to present evidence in court demonstrating irregularities in the legal process and human rights violations against the twenty-three defendants.

As they have demonstrated time and time again, when they cannot use the corrupt police force and courts to “legally” neutralize revolutionaries, the decaying old-state resorts to extralegal means: using reactionary paramilitary organizations aligned with the big bourgeoisie and landowners to murder and disappear enemies of the state. Dr. Sernas’ disappearance is one of many cases of state-sanctioned violence against revolutionaries and progressive activists carried out by these paramilitary forces; since May 10 Comrades Abraham Hernández González and Rolando Crispín López have been murdered by similar organizations acting as the unofficial and hidden foot-soldiers of the ruling class in Oaxaca.

Dr. Sernas serves as a shining example for revolutionary and progressive intellectuals around the world, serving the people’s movement by courageously defending political prisoners, risking his reputation and physical safety along the way to expose the crimes of the reactionary state power in Mexico. To date he has demonstrated the manufacturing of incriminating evidence, violation of due process and other constitutional guarantees, as well as hiding possibly exonerating evidence — all perpetrated by the state. He has laid bare the corrupt nature of the Mexican judiciary and unmasked their role as a tool for class domination and counter-insurgency. Our hearts are with our comrades in Oaxaca and the rest of Mexico. The example of Dr. Ernesto Sernas Garcia only serves to strengthen our revolutionary spirit and indomitable will to destroy the imperialist monster known as the US government.

Collage of actions and marches in support of Dr. Sernas in Oaxaca

Who are the revolutionaries in Oaxaca?

Corriente del Pueblo Sol Rojo is a Marxist-Leninist-Maoist, principally Maoist, organization based in Oaxaca which has come into violent contradiction with both the official forces of the reactionary Mexican state and its unofficial paramilitary arms.

Sol Rojo stands with the International Communist Movement in upholding the legacy and contributions of Chairman Gonzalo and the experience of the Peruvian People’s War in which Marxism was crystallized into a third and higher scientific stage. This year, Sol Rojo united with revolutionary organizations around the world in denouncing decisively the “electoral farce”, promoting the voting boycott with the slogan, “Don’t vote — organize and fight!”

Building strong ties among the poor campesinos, the workers, and the students and the teachers of Oaxaca, Sol Rojo places in the hands of the Mexican masses the tested and unbreakable weapon of Marxism-Leninism-Maoism, a spearpoint which pierces directly to the conquest of power, New Democracy and the transition to socialism, continuing the revolution with cultural revolution onward to communism.

Solidarity North of the Rio Grande

The repression faced by Dr. Sernas and the militants of Sol Rojo whom he was defending is deeply familiar to all servants of the people who attack with not only words the brutal edifice of Capitalism-Imperialism, and the U.S. Maoist Movement is certainly no exception.

In November of 2016, Comrade Dallas, a committed Maoist and supporter of the US MLM movement survived an attempt on his life by the Texas Department of Public Safety which left him with a broken neck; two years later, having failed to liquidate the activity of Comrade Dallas, the State has struck him with a series of trumped up charges which carry significant prison time. The campaign to free Comrade Dallas has reached all the way around the world, with solidarity actions in Norway, Ireland, France, Germany, and Brazil (among others).

The respective crises of imperialist capitalism and bureaucratic capitalism simultaneously give rise to the super-intensified role of reactionary paramilitary forces in carrying out whatever deeds the formal State is either unwilling or too weak to perform — a phenomenon well-known to the peoples of Latin America. In all cases, the paramilitaries coordinate with the State through a combination of official and unofficial channels, relying for instance on the police for protection against Communist militants, and transportation to and from confrontations.

The brutality of disappearances and of the prisons which we call annihilation zones cannot be overstated. Wherever the people rebel the state and its lackeys viciously attempt to crush this rebellion, through counterinsurgency methods ranging from NGO intervention to assassination, torture, and genocide. But the stones they throw will fall at their own feet; the blood they spill will water the earth and new militants will rise as they must do, and as they do.

Marxism-Leninism-Maoism, Principally Maoism is the ideology of the proletariat and it burns bright, a rising sun and—as the Peruvian comrades say—one cannot hide the sun with one’s thumb. Even when trapped within the old state’s dungeons, revolutionaries work to support the struggle outside as well as to develop revolutionary culture within. The prisons are another trench of combat in the class struggle; we are duty-bound to turn prisons into shining trenches, lit up by the people’s sun. We say: Turn the prisons from annihilation zones to shining trenches of combat!

In the midst of the Earth-shaking people’s war in Peru, where the masses fought and died for a new world free of landlords and capitalists, free of the immiseration and brutality against the indigenous peoples and laboring people, the Association of Democratic Lawyers rose up to defend the heroic fighters, to snatch them from the jaws of reaction. The democratic lawyers risked death at the hands of the state and their death squads, but they persisted and saved the lives of many servants of the people. Dr. Sernas stands in line with this tradition.

As such it is no surprise that the progressive and democratic peoples of the world stand firmly with him — and demand in unison to the vile agents of the Mexican state: Present Dr. Sernas Alive! 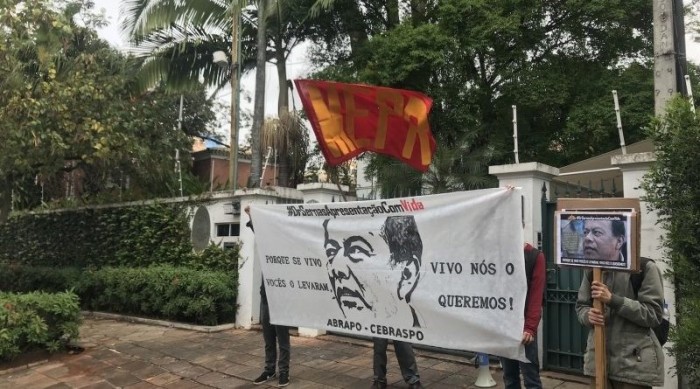 Long live the defenders and servants of the people!